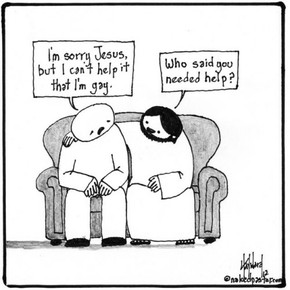 This page is for those who want to take a deeper look at orientation change ministries.  Before I discuss this further I want to say up front that I understand you may be working through your feelings about your (same gender) attractions. Some folks experience feelings of shame with regards to their (same gender) attractions.   This may be due to the attitudes of some in the church, negative attitudes of some in the world, and / or some other reason(s). If you are not happy with having same gender attractions I pray that you will find peace through counseling, prayer, and/or the teachings of your church.

My area of concern is when ministries and organizations add to and compound that shame through dis-proven theories,smearing of terminology, and/or condemning teachings through what I believe is a misuse of scripture.  So let me further clarify some of my concerns here.


First of all, there can be a bit of confusion over what the term ‘homosexual’ means.

Homosexual describes those who are attracted romantically and sexually to the same gender.  Some situations that look like homosexuality are actually what I might call ‘pseudo-homosexuality’.  In other words it is possible for there to be same gender closeness or intimacy that is not orientation driven. For example "situational homosexuality" can be found in same sex prisons where intense loneliness and the need for companionship may lead to same gender relationships between some folks who typically identify as straight.  This is not the same as a same sex orientation.  Additionally there may be some folks who have experienced sexual trauma that .. as a result have a real aversion to the opposite sex.  In these types of circumstances some people may seek out intimacy from a same sex individual since a relationship with the opposite sex brings bad memories, distrust, and traumatic distress.  This is not the same as a same sex orientation either.  (If you have experienced this kind of trauma I hope you will seek counsel for it by a trained professional).  There are also those who .. through lust / the desire for pleasure .. are experimenting sexually and crossing orientation lines.  This also would not be a same sex orientation.

Again, homosexuality describes those who by their very nature are attracted to the same sex, romantically and sexually.   This would be a true, orientation based, same sex attraction.

Now before you get all comfortable with this lets take it a step further:

Now if someone is unsure of their sexual identity and wants to seek counsel, I have no problem with that.   Psychological counsel can be good and is nothing to be ashamed of.  But it needs to be professional unbiased counsel.  It cannot be shame based counsel where, depending on one’s conclusion, the person is condemned or looked down on by a particular ideology or faith tradition.

Secondly, most exgay ministries start with the assumption that having same gender attractions is sinful in and of itself.

For an example of this, here is a quote by Alan Chambers, the head of the group 'Exodus', an exgay ministry that closed its doors in the summer of 2013...

“So, yes, repentance for the homosexual person and anyone else for that matter is repenting of who they are: behaviors, identity and all. This is why I believe it is important to clarify that just living a  celibate gay life is just as sinful as living a sexually promiscuous  one. The sin is in identifying with anything that is contrary to Christ, which homosexuality clearly is.”

This quote is from Alan's book: God’s Grace and the Homosexual Next Door (pages 217-218) and clearly shows an agenda and attitude typical of exgay ministries.  The only answer they give is to repent of a homosexual identity.  Failure to do so is identified as sinful.  Such a position creates an attitude of shame and fear in the person being counseled and gives no room for exploration of one’s identity or feelings.  It is not even good enough to identify as gay and then live a life of celibacy (the Side B approach). No, there is only one solution given.  But how can any honesty exist in counseling such as this when one of the conclusions a person might come to is viewed as sinful, something to be ashamed of, and perhaps even condemned  for?  I will note that I see some indications that Alan may have changed his position on this since this book was published.  But, if this is the case, he will need to make corrections or retractions to what he has written.

Let’s substitute a different issue here. Let’s say we were talking about someone who is depressed, bipolar, left handed, an extrovert or an introvert.  How would it feel for that person if identifying as any of these things was instantly viewed as something that was deemed sinful or something to be ashamed of as a Christian?  There is a real need in counseling for the person being counseled to be able to rest in the grace of God, knowing that God loves them whether they are depressed, bipolar, left handed, extrovert, introvert, or any other descriptor.   I am not comparing homosexuality to a mental health condition here.  But I am making the point that this kind of (exgay) belief system in counseling is not going to be helpful for an individual who is trying to sort out who they are and how they think and feel in terms of orientation.  Surely, it is not a coincidence that many gay and lesbian people who have gone through this type of counseling have suffered from it.  Their stories can be heard here.  Regardless of how you interpret the bible in terms of Side A or Side  B there is a real need for people to be able to rest in the grace of  God, knowing that He loves them regardless of whether they identify as gay or  straight,  But exgay ministries do not give that assurance.  Typically, it is either their way or the highway.

Thirdly (as already partly covered above) most exgay ministries do not even allow a person to identify as gay.

The complaint raised is that by identifying as gay a person is somehow putting Christ second.  The problem with this ideology is that the description of gay is merely a way for a person to describe themselves.  It does not put Christ second anymore then identifying as  white, male, female, and/or a particular nationality would put Christ second  Strangely .. we never hear this concern with regards to these or the hundreds of other descriptors / identifiers that people use everyday.  Instead, this linguistic legalism is only used when talking about people with same gender attractions.

Fourthly, it is quite common for exgay ministries to blur the line between a person’s identity / (same gender) attractions and their actions.

Many who are exgay define their life before their (alleged orientation) change as being full of sex addiction, orgies, and the like.  Now for them, perhaps this was true.  And if so we can certainly rejoice that they are no longer doing these types of things.  But what is often not acknowledged by these same ministries is the fact that there are many gay and lesbian people out there who do not engage in these kinds of activities or addictions.   So on top of shame for a person’s identity, a stereotype is added that is derogatory.  This is obviously not helpful.

And finally is common for exgay ministries to make the claim that  “The opposite of homosexuality is holiness.”

Now what in the world does that mean?  Again, if we apply this phrase to the other things we mentioned we come up with this as the result: … 'the opposite of depression is holiness' ... 'the opposite of bipolar is holiness' ... 'the opposite of being left handed is holiness' ...  or ...  'the opposite of being an introvert or an extrovert is holiness' ... and so forth.  This obviously does not make any sense.  It implies that folks that describe themselves in any of these ways cannot be holy.  But holiness is not dependent on orientation or feelings or different states of mind or personality attributes.  Holiness comes as a result of our complete submission to God.  Ultimately, God is the one who makes us holy (Lev 20:7-8).  So the stigma that folks who are gay cannot be holy is not biblical.  Many gay and lesbian people that I talk with (Side A or Side B) have a much greater depth of Christ-like character and faith than exgay ministries would ever admit.  In fact, many have a depth of faith equivalent to or greater than some straight Christian folks I know.  (See this link for more on holiness)
I realize that there are some who claim success through the counseling of exgay ministries...  Perhaps some of those who claim success were working through sexual trauma or addictions or some other issue listed above under pseudo-homosexuality.  Or perhaps they have simply decided to call their same sex attractions something else.  Or perhaps they were actually bisexual and discovered they had the potential to fall in love with the opposite sex. But others who at one time claimed to have been changed have reversed their position in later years having come to  the place where they can no longer hide who they are (see link).  They were living a life of denial and fear which was hardly freeing at all and hardly the life the Jesus would want them to live.  Again, this is the fruit of shame based / fear based counseling that does not allow the person the grace and security in Christ to discover who they are.  Professional organizations also strongly disagree with orientation change counseling.  I review their position(s) on this page.

How much easier it could have been for these folks if they could have skipped the years of self-denial and self condemnation.  How much better it could have been to have come to terms with who they are early on, accept themselves as God had already accepted them, and be able to honestly move on in the life God was calling them to.  If this had occurred, much heartache and sadness could have been avoided.

As Christians we walk by faith and perfect love casts out fear (I John  4:17-19)  We can approach God’s throne with confidence and boldness knowing that there is nothing about us that is hidden from His sight (Heb 4:16).  How delightful and peaceful to be able to be completely at rest in Him.  This is something that many of us who are straight experience with ease.  What a shame that these ministries have adopted a philosophy that deprives gay and lesbian people of this peace that passes understanding.  We need to dispense with cookie cutter Christianity which tries to fit everyone into the same mold and instead let God be the potter, crafting each of us uniquely after His own perfect will.
Powered by